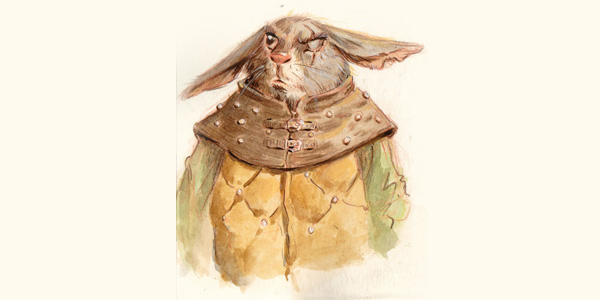 Garden faeries are small, tiny even, the tallest never quite reaching two inches in height; and come in many forms and colors: there are the Faerie Rabbits, standing on two legs, unlike the animals we know, the Faerie Owls which appear a little odd to our eyes in that they have no wings, but claws for hands as well as feet, the Faerie Elves who look much like you or I, though their ears tend to be pointy (the Elves are commonly just called faeries, though technically all the Garden Clans are faeries), and the Goblins. Goblins are small, just as most faeries are, look very piggy in the face, and are covered in a fine fur. They stand on two legs (hooved); most are brown, grey, or a dark blue black, some are even spotted or piebald, but never white.

Scholars do not include the Trolls (which are much large than most faeries) amongst the Garden Clans, because whereas they are a form of faerie, they live alone or in small family groups. And the rats and crows, though intelligent and organized, are animals and therefore not counted amongst the faerie peoples. 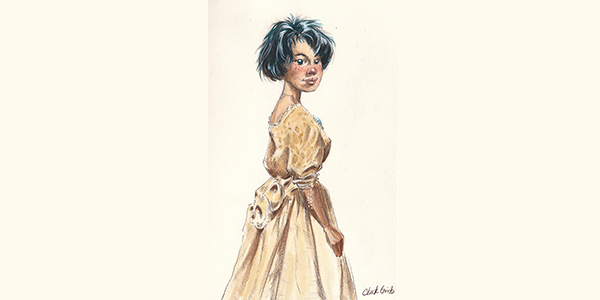 Faerie Elves:
According to Isaacius, Prior of Wescotten, the Faerie Elves “are an ancient, powerful, and proud people; more different from you and I than you might imagine.”
The Faerie elves look passingly human, though with pointed ears and standing no more than two inches in height. The faerie elves similarity to humans ends in their appearance - with a life span beyond measure, it is not certain if a faerie elf would ever die, unless accident or violence were to cause such an event to occur. The faerie elves are slow to mature. When young, their growth is quick, but soon the aging process slows; if you were to meet a faerie elf with the appearance of old age, that elf must be ancient indeed. Children are a rarity amongst the faerie elves, and as such precious to the community. The elves are magical creatures, at one with the fabric of the universe. Often associated with their practice of riding hummingbirds or lizards, the elves communicate with and can control nature and natural forces in a manner best described as magic.
Generations in the past, before the arrival of the faerie elves, the Garden Clans were often in conflict with one another and with the other creatures which lived in the valley. When the faerie elves arrived, they brought a message of peace and harmony with the natural world. The faerie elves teachings were embraced by the rabbit and owl clans, but not the goblins. The Goblins saw the elves as arrogant, dictating how they should live. They feared the elves power and strangeness; rejecting their teachings. 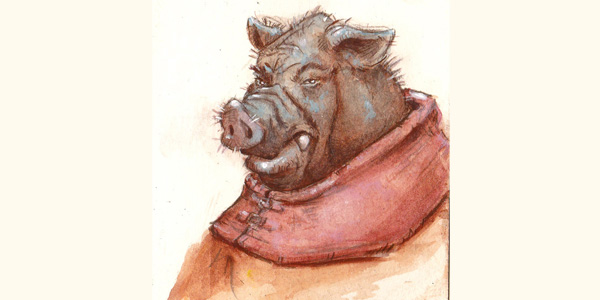